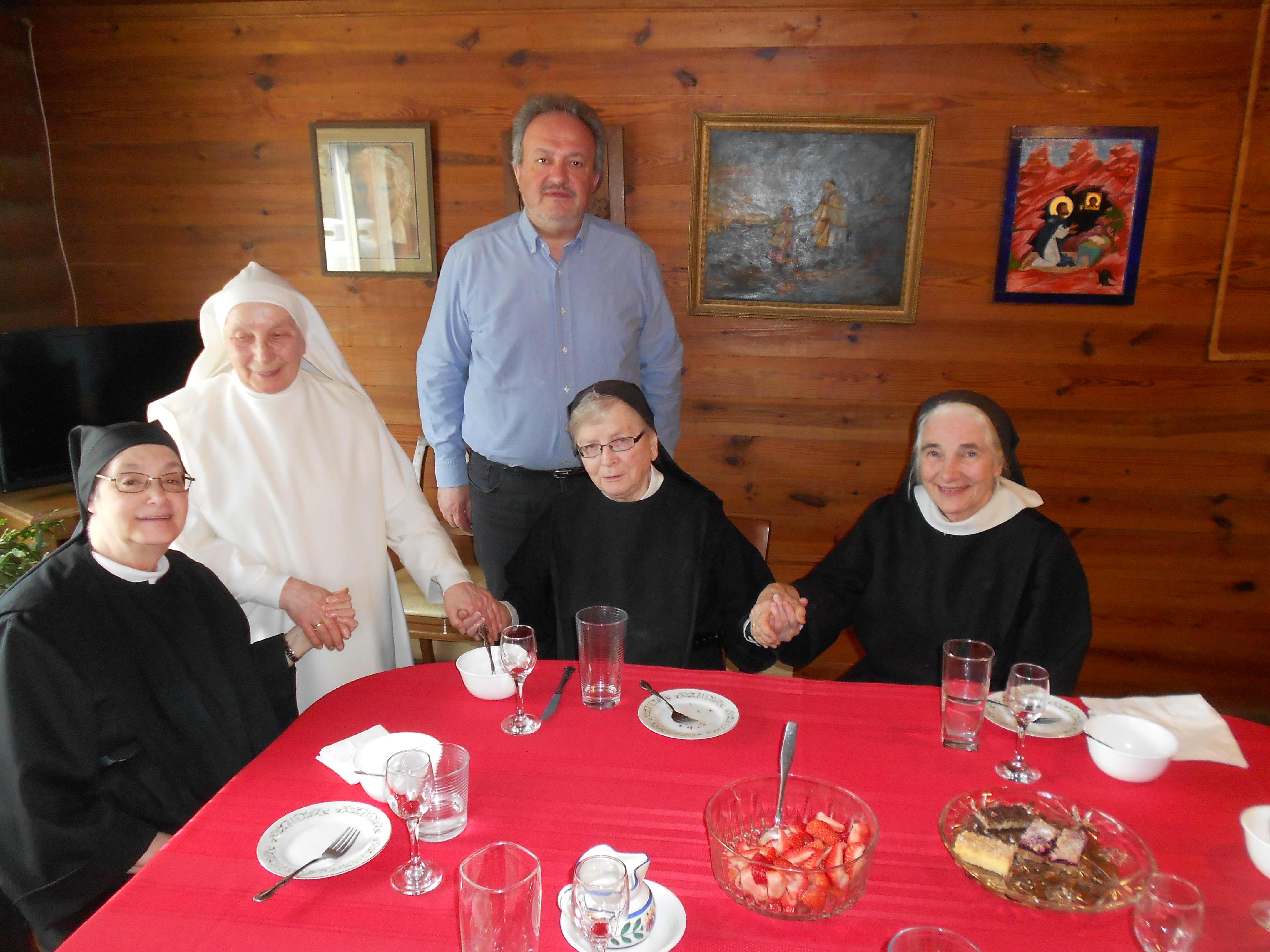 Following a fruitful fraternal visitation during the second week of February, the Camaldolese nuns of Poppi, Italy, voted to let the three of us transfer our vows to their community. We are very grateful for their welcome and we look forward to developing a closer relationship with them. The photo above shows Sister Graziana, Prioress of Poppi, Father Alessandro, Father General of the Camaldolese and immediate superior of the nuns, together with our community in the refectory. Absent from the photo is Father Cyprian, Prior of the Camaldolese community in Big Sur, CA, who came as interpreter and took the picture. 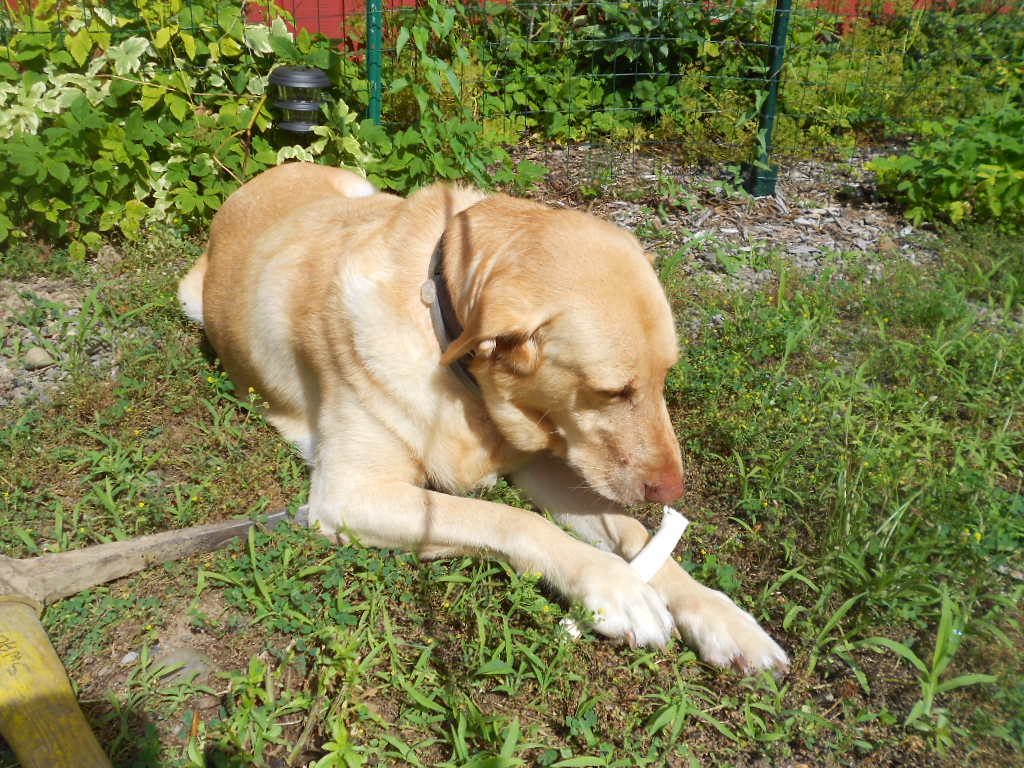 In the wee hours of last Monday morning, our beloved Monk went to meet his Maker. He showered all and sundry with his unconditional love, whether they wanted it or not, although as he got older, he became more sensitive to those who wanted him to keep his distance. His pure, impartial affection was a constant role model for us humans who keep forgetting how to love one another. During the past few months, his hind legs had become progressively weaker, apparently a common ailment in elderly labs. As his left hind leg lost all muscle tone and feeling, he continued to enjoy life on three legs. Our vet said there was a tumor on his spine, but didn’t know how fast it would progress. On Friday the 13th, Monk was his usual ebullient self and had a great day. He was able to hop into the car for a ride and came to Compline after supper. Early Saturday morning, he collapsed on the grass. The tumor had affected the right hind leg, and he needed help to walk the few steps back inside, where he lay down, began shaking violently and then didn’t move for 24 hours.  On Sunday, he was more alert and even walked a few steps, but then rapidly became weaker and died during the night, sparing us the heart-rending decision to “put him to sleep”. May his joyful, loving nature continue to inspire us. Rest in peace, sweet sweet boy.

He shall give his angels charge over you, to keep you in all your ways.

Like everyone else in New York State, we are being asked to self-isolate, which is allowing us to enjoy an unplanned retreat: nothing to do, nowhere to go, just be here and be present to the Presence that is all around us, especially in our beautiful natural surroundings.  The scheduled guests, groups and retreats have all cancelled, so we have time to read, regroup, go for long walks, catch up on this and that and reconnect with family and friends via phone and the Internet.

The monastery, like the rest of the Church, is subject to the ban on public Masses. We sisters could have continued to have Mass with Fr. Dwyer, our chaplain, but since he is allowed to say only a private Mass, excluding the few people from the outside who might show up, we didn’t think it was fair for us to have Mass while everyone else was deprived.  We would have been setting ourselves apart as a kind of elite, based on the fact that we are nuns, and that didn’t seem right.  Many of our friends are feeling that the Church has abandoned them at a time when they most need spiritual sustenance. In solidarity with them, we have decided not to attend Mass until such time as the ban on public Masses has been lifted. Fr. Dwyer has continued to say daily Mass alone, in our chapel. Yesterday, he brought up the fact that he could have one acolyte, a role usually filled by one of the sisters, but because we feel strongly about our position, he has asked a local Knight of Columbus who often serves at Mass during the week to join him. We continue to offer our prayer and our lives for the healing of the human race and of our planet.